Pastor, Your Job Is About Cross-Cultural Missions Now. Could You Use Some Help? 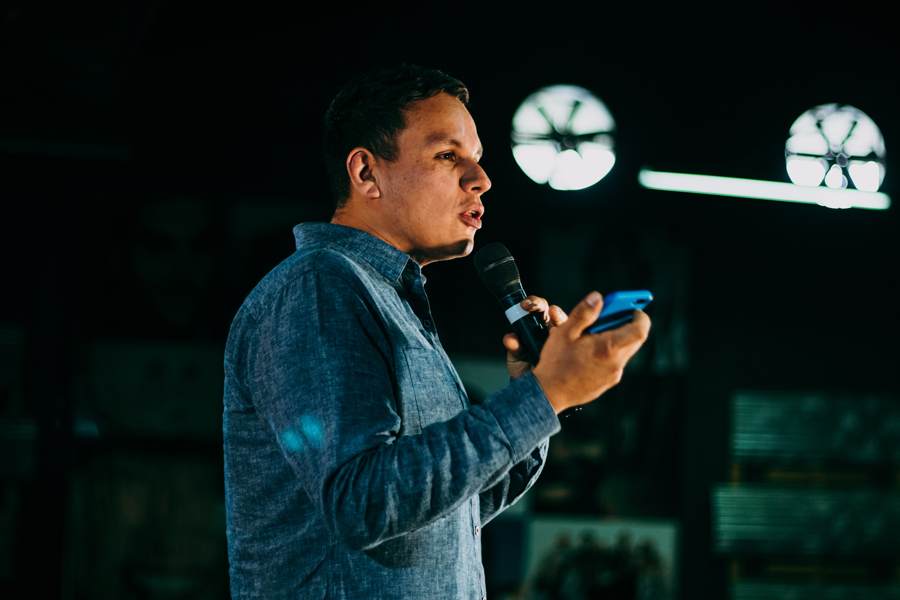 Listen to the Thinking Christian podcast on this topic!

Dorothy’s line was prescient: “Toto, I have a feeling we’re not in Kansas anymore.” Today you could almost say Kansas itself isn’t in Kansas anymore, as if the whole world got grabbed by a whirlwind and dropped on some strange planet somewhere else. The world has changed around us, and especially around the church, which appears to me finally waking up to the fact.

It’s no longer a  post-Christian world, here in the west. It used to be, but major portions are anti-Christian now, and among those who are hostile, it’s not so much because they know better but because they care less. Biblical knowledge is at a low point in America and the rest of the West. Last I checked, fewer than half of Americans know that Easter is about anyone’s resurrection, much less Jesus’.

A drastically changed world means a drastically changed mission for the church. For pastors, that means you’re not just a pastor anymore. You’re a missionary, and not in the casual, though earnest sense of churches with signs on their exit doors reading, “You are now entering the mission field.” That was a good reminder at one time; not so much anymore. Counter-Christian culture has enveloped us all so much, the mission field is in your church, too.

What I have to share here now is mostly for the benefit of pastors and other Christian leaders. I don’t mean to dissuade anyone else, but that’s where I intend to focus from now through at least the end of this year-long Heat to Light series.  Pastors are God’s chosen leaders for God’s primary chosen strategy, the church. Their place and purpose are central to all God is doing on earth.

I’ve been a parachurch person my whole career long, but almost all of that was in ministering to ministers — missionaries, mostly, in Campus Crusade for Christ (Cru) and Ratio Christi. Because of my love for the church, though, I’ve spent hours and hours listening and loving on pastors.

It’s precisely because I’m not a pastor that I may have something unique to offer. I have the freedom to specialize in something pastors are going to be needing more and more over the next few years, and to package it for pastors’ easiest application. Because every pastor’s job description is on the brink of change, and every pastor is going to want to do some catching up. From now on you’re not just pastoring a church, you’re leading a cross-cultural missionary force.

Cross-cultural? Very. It’s easy to miss just how much drastically our mission field has changed. The language and some (not all!) of the customs may still be familiar enough. We may not face the same “How do I find my way around?” questions that missionaries face when they leave for foreign lands, and unless you’re dealing in cryptocurrency you’re probably not asking what the exchange rate is.

Other than that, though, our situation is just about as cross-cultural as if we’d picked up and moved to Djakarta. The Christian worldview that once dominated America has been utterly upended and replaced by a hodge-podge of beliefs that seem to share just one thing in common, which is that whatever you decide is just fine.

Jesus is Too Good to be False!

I love the church and its pastors because first of all I love our Lord Jesus Christ. And I’ve been blessed with an amazing journey recently of discovering he’s even greater than most of us ever knew. You can find it in my latest book, Too Good to be False: How Jesus’ Incomparable Character Reveals His Reality.

I’m inviting you now to download a free sample chapter, “Jesus’ Astonishing Love.” Find it here, and see for yourself how Jesus is more amazing than you knew!

Even to suggest that there’s a sovereign God in heaven is to upset the small god-ish-ness of every autonomous self-idolizing individual who thinks he, she, “they,” “xe,” “xir,” or “it” is in charge. Sin, judgment, grace, forgiveness? All totally foreign words, at least in any biblical sense. We can still talk about “grace,” maybe, but all it means is, “Hey, it didn’t matter.” Note to the world: Christ didn’t die for you on the cross because, “Hey, it didn’t matter.”

They don’t know our beliefs, though many think they do, and mock what they think they know. They don’t know the story of creation, the Fall, of Israel, of Jesus, or of the church. Really: They just don’t know. Their worldview is only barely informed by vestiges of Christian tradition.

This is what any thoughtful observer would have to call a missions situation. We’ve got to think like missionaries now. Pastors, you are cross-cultural missions leaders.

What Do Missionaries Do Differently?

A missionary has three tasks. The first is familiar to every pastor: He has to know the Scriptures through and through. The second one is where it becomes less familiar: a missionary has to understand the language, stories, beliefs, customs, hopes, and fears of his host culture. That’s essential because his third task is to put all that knowledge to use in translating the timeless gospel into a new language the host culture will understand, and couch it in new stories, with new explanations and new defenses, so people can appreciate its beauty and truth, and so they’ll be convinced Christ is true, and He is for them.

The second task has always been part of evangelism. Lately, though, it’s grown way more complicated than it used to be. Not only has North American culture turned anti-Christian, it’s done so in so many ways it can seem impossible to keep up. The latest new trend is critical race theory, which is complex enough on its own, but on top of that there’s everything from the culture of tolerance to the new sexual morality to gender fluidity to paganism to Islam to “scientific” atheism to the apathy of the “nones.”

And if there’s anything I know about pastors, it’s that you’re busy enough already. You’ve got enough study time invested in just your sermons; how are you ever going to catch up with all that? Hang on a moment …

Leading Your Congregation to Joy in the Lord

Meanwhile, though, your congregation is going through these same crazy-making culture changes. Some of them are dealing with crises of conscience at work: “Do I follow Christ, or do I act as if I think my boss’s gay marriage is just as wonderful as any other marriage?” Many are (rightly) worried about their children growing up in this strange new world.

Tough questions like these aren’t new; Christians have faced them since the very beginning. They’re just new to us. We’re perfectly positioned not to obey 1 Peter 4:12: “Brothers, do not be surprised when the fiery trial comes upon you, as if something strange were happening to you.” We’re surprised, all right. We think it’s strange. It isn’t. Taken as a whole, throughout all of Christian history, it’s the relatively easy time North American Christians have experienced that’s the strange thing.

Your job as pastor is to lead your congregation through it with joy, just as 1 Peter 4:12 continues: “but rejoice insofar as you share in Christ’s sufferings, that you may also rejoice and be glad when his glory is revealed.”

The Good News: You’re Not On Your Own!

Other than that, I guess you could say so far I’ve been telling you mostly bad news. Like it or not, you’re in a foreign mission field now. You can either choose to try to reach it or you can choose not to, but none of us can change what it’s going to require of us to reach it. The even worse news is that members of your congregation, especially younger people, are being strongly influenced by this foreign culture, so that even your congregation is shifting in alien directions.

The good news is, you’re not on your own. You’ve got help. Some of us have time to do what you likely wish you could do. Your job includes everything from leading committee meetings to handling personnel problems to doing counseling to prepping sermons. I couldn’t begin to do all that. What I can do — since it’s actually my job — is study and communicate. I have the freedom, and this year it is my intention, to look at current issues with three pastor-oriented steps in mind:

Soon, too, I’ll be making myself available for individual coaching from time to time.

Your New Job and the Help You Can Find For It

Pastor, your job has changed. You don’t have to like it; it’s just a fact of the world God has called you to minister in. Your faithfulness to his call, especially in evangelism, is going to require you to learn how to think more like a cross-cultural missionary.

You don’t have to go it alone, though. Many are there to help. I pray, and I believe, that this series the rest of this year will prove to be a major part of that help for you. I’ll be back in a week or so with the first round of explainers, practical ministry applications, and sample sermons.

Please feel free to let me know what else would help you most!

This site uses Akismet to reduce spam. Learn how your comment data is processed.