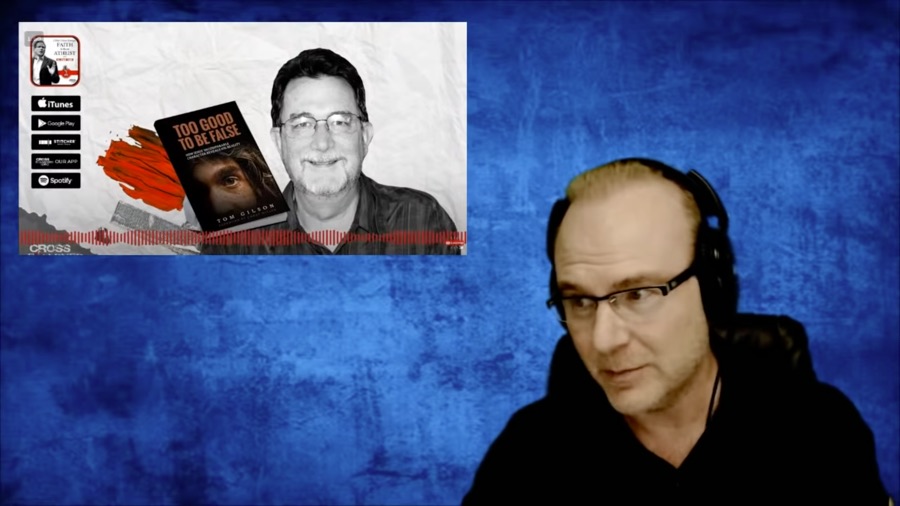 It’s begun! I’ve been looking forward to the first atheist responses to Too Good to be False. Pinecreek Doug, an atheist known to me mostly for his street epistemology, posted a video critique yesterday. It’s the first pushback any atheist has offered so far. Of course I expect more, and I look forward to it.

You can view his video right here. Go right ahead; there’s nothing in it that particularly bothers me for myself. There’s plenty, though, that bothers me for the sake of Doug and his fans.

So here’s what bothers me there.

This first one’s just (how can I put it charitably?) forgetful, maybe? Doug’s final words before signing off were, “My apologies to Tom Gilson. He was scheduled to come on and debate me, but we ran out of time.” Well, no, he hadn’t invited me. I didn’t even know he’d heard of Too Good to be False until the day after he published this video.

Maybe in the excitement of the moment, he forgot he hadn’t done that. Either that or it was an out-and-out lie. I’ll let you choose which one you think is more likely.

He remembered later, anyway, when my Facebook friend Sarah Malcangi asked him in the comments, “Doug, did you even invite Tom to this ‘debate’?”

He answered her, “No, but he is welcome anytime. Be careful if you think the only people you can critique are those that you invite to show up in person. Good to see you here. You are also welcome on my show.”

Maybe this time he forgot he’d claimed that he’d invited me. Either that, or else maybe he should have told Sarah, “Be careful if you think the only people I can claim I’ve invited to debate are those that I actually have invited to debate.”

It would have been slightly more forthright, though still equally confused —  unless he’d merely forgotten again. You can draw your own conclusions this time, too. As for myself, I’d sure like to be charitable, but it’s not easy this time.

2. The Pretense of an Answer

The second thing that bothers me is his pretense of an answer to me. I’ve studied his video to the point of running a transcript and reading it over. There’s nothing in it — nothing! — that has anything to do with the substance of my argument in Too Good to be False. In the few places where it does touch on it, it’s so tangential it almost comes off as accidental, and in any case I addressed those few cases in the book.

Mostly, though, it’s a mocking, scornful re-hash of old objections to old apologetics arguments. I could speak of how these objections fail, but that would be missing the point. Letkeman based everything in this video on my August 15 interview with Frank Turek. The single clearest, most emphatic point Frank made — and I agreed — was that this is all new material to our generation. Doug answered old apologetics arguments, pretending he was answering mine, even while knowing that mine is new and different. His fans commenting there loved it.

No intellectually responsible person would do that. They wouldn’t answer an avowedly new argument with objections they use for old arguments. They know it’s guaranteed to miss the point if they do. If they don’t know the new argument, they study to find out what, if anything, in it needs a response. Either that or else they keep their mouths shut, knowing better than to speak when they obviously have no idea what they’re talking about.

This doesn’t harm me one bit. It only bothers me for him and his followers. They’re buying in all too easily to an obvious lie.

This is bad for both Letkeman and his tribe. He’s misled both them and himself, and he did it with the kind of mocking glee and triumphalism that makes it morally irresponsible as well.

Now, this doesn’t harm me one bit. It only bothers me for him and his followers. They’re buying in all too easily to an obvious lie, and it’s going to hurt them in the long run.

I’ll get over that, though, and quicker (I fear) than he and his people will get over his dishonesty.

That’s tragic, but it’s not the worst of it. There’s yet one more way this Letkeman’s response bothers me. It’s much broader in scope than the first two, and deserving of its own post. I’ll have it published here by tomorrow morning.