Jesus Was Perfect. That’s Why I’m Glad We Don’t Have the Record of His First Thirty Years. 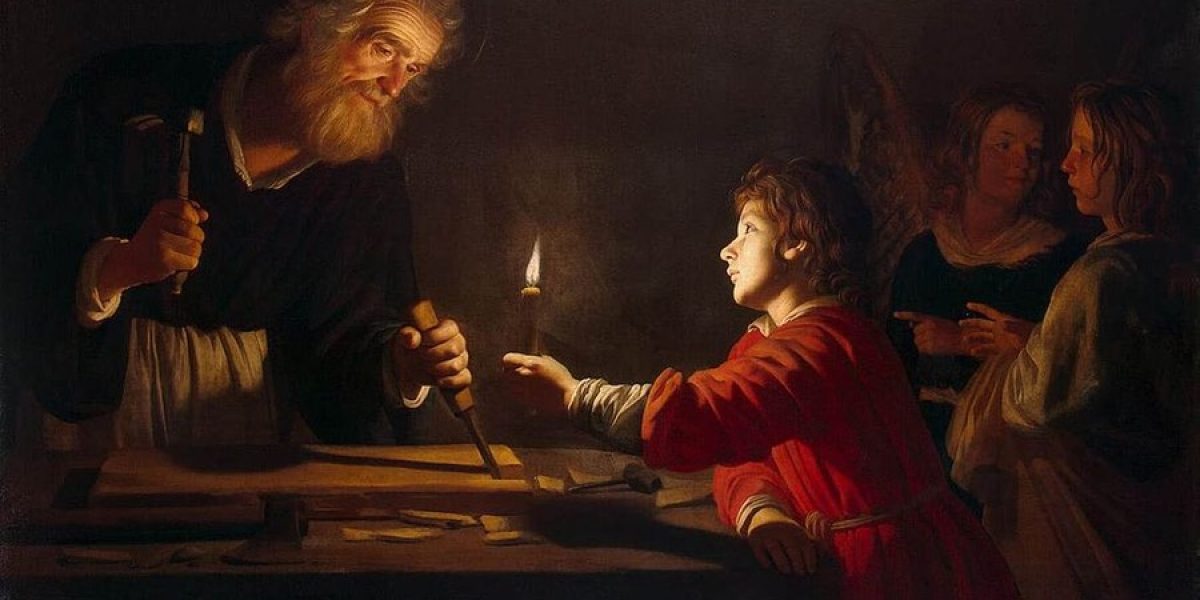 This blog post ended very differently than I thought it would when I started writing it: It’s much more of a discovery than I expected. My original title for it was, “If Jesus Was Perfect, Does That Mean He Never Had a Bad Hair Day?” It’s a serious question, as you’ll see very soon, even though the way I asked it might not have been. As it turned out, it led in quite an unexpected direction. But that’s at the end of the piece. It still starts the same way I originally planned it…

I reacted strongly to Don Lemon’s CNN statement that “admittedly, Jesus was not perfect.” Not perfect? Every early record we have of him shows him being perfect. No early record comes close to contradicting it. And as I said in that Stream article, my forthcoming Too Good to be False will provide totally new reasons to trust that record. The skeptics’ “legend” alternative doesn’t begin to address the evidence we have for Jesus.

So he was perfect. What does that mean? No bad hair days ever? It sounds frivolous, but the question leads toward some real insights anyway. Besides, a commenter on that Stream article asked almost exactly that question:

Was Jesus perfect? Depends on your definition of perfect. Jesus was human. Humans are not perfect. If you claim Jesus was perfect aren’t you denying his humanity? Was every table and chair Jesus made perfect? Were his hair and teeth always perfect?

Perfect in His Character

Second, does perfection mean no bad hair days? Does it mean perfect craftsmanship? That’s what the TV commercials would have you think, but that’s not what perfection means.

Jesus’ perfection was first of all perfection of character. He followed the will of the Father perfectly. He was in perfect communion with the Father. He resisted all temptation, and exemplified total obedience to the Father instead. He loved perfectly, and he taught with perfect wisdom, including perfect truth.

This is the striking fact of his story, and the cause of my reflections in Too Good to be False. This is what the record shows about him: it’s the story of the one perfectly loving, just, merciful, and wise man ever to walk the earth. It’s even the only story with a character like his. That fact alone is much harder for skeptics to explain than they’ve recognized so far.

But What Else Does Perfection Mean?

But that doesn’t answer the hair and carpentry question. For that we have to reject the TV picture of perfection. Jesus was history’s only perfect human in that he fulfilled the Creator’s intentions for how a human life should be lived.

Granted, for this we have no record to show his perfection. What we know of Jesus is almost entirely made up of perfections in his teaching and character. We have to infer his other human perfections, but that seems fair enough, given what we do know about him. A man who can be perfectly loving — perfectly! — must have what it takes to achieve other perfections.

Unfortunately the silence of any additional record on Jesus’ life leaves us not knowing just how he fulfilled the Creator’s intentions for a human life. We don’t have life data available to answer that commenter’s question.  I don’t think he really wanted that kind of answer anyway, though. What he wanted was to mock the idea of perfection. We can answer that much, anyway.

There’s no reason, after all to think that God’s intentions includes waking up with hair perfectly combed and teeth shining. He gave the first humans work to do, which preceded the Fall, and while it only mentions agriculture there, I see no reason it shouldn’t include personal care. And carpentry.

Jesus was history’s only perfect human in that he fulfilled the Creator’s intentions for how a human life should be lived.

Think of what “perfect carpentry” would mean, if it meant (for example) building a perfect table. Does it mean a table whose design would be perfect for every room? Does it mean never wobbling, having all four legs always touch the ground no matter how uneven the floor? Does it mean its finish would never fade? And how about a house: Is a perfect house one that’s easy to heat and cool, or one that doesn’t need heating and cooling?

Do you see how impossible it would be to nail down the “perfect” answer to these questions?

How about craftsmanship: Does it mean that every cut he made was exactly straight, exactly the right length? To what degree of tolerance? Infinite?

Or suppose he’d been a musician instead. That’s easier for me to discuss, having been one myself. I was a very, very good trombonist in a world where very, very good isn’t good enough; you have to be great, to get the best work opportunities.

I know what “great” means, in the world of trombone, but I sure don’t know what “perfect” means.

It can’t mean playing every piece perfectly, because different listeners have different ideas of the ideal interpretation. As for technique, it could hardly mean “able to play any music put in front of you.” The trombone slide just isn’t as nimble as a trumpet’s valves or a violin’s fingerings. It’s not meant to play as fast. If I could play every note of a cellist’s repertoire on my trombone, most of it would sound odd, foreign, wrong. If it doesn’t sound like a trombone, then it’s not perfect trombone performance!

A skilled ear can even tell the difference between a slide trombone and a valve trombone, which is essentially an oversized trumpet, and believe me, when we hear it, we say, “That’s not a real trombone.”

Is Perfect Craftsmanship Even Desirable?

The drive toward perfection is good, indeed very good. Achieving it, though? I’m pretty sure it would be a letdown. I’m looking forward to playing trombone again when I get to heaven. (I had to put it aside a long time ago for career reasons. I can still play, but I’m so out of practice it hardly counts.)

Would I want to play the horn perfectly when I got there, though? I’m guessing, obviously; there’s so much we don’t know about heaven. From my perspective here, though, I hope not. It would rob me of two joys: The joy of admiration, and the joy of mastery.

God doesn’t want us imitating that part of Jesus’ life. Our own most-perfect life, the one he most wants us to fulfill, looks only like our own.

C. S. Lewis wrote somewhere about the first of those. There’s real joy in looking up to someone whose excellence exceeds one’s own — if one can do it with appreciation, not coveting their skill but merely enjoying it. As for the second, it’s really amazing to work on a difficult passage, one that you absolutely could not play when you first saw it, and gradually master it. That’s a joy I hope (and expect) to experience in heaven.

Here on earth, we’re fulfilling God’s design if we’re seeking to grow in that which he has put before us to do.

Mature Christianity Means Needing Each Other More, Not Less

That last clause matters. We saw it already in the discussion on Jesus’ perfection. He fulfilled the Father’s plan for his life, including the plan for him to be a carpenter. He could help supply others’ needs for living space and furniture. Undoubtedly, though, he accepted others’ supply of food and clothing. He walked on roads that others cleared. He didn’t do everything perfectly, in this specific sense: He didn’t do everything.

He needed other people while on earth. We need others even more. To need another person means something is lacking in your life. Sounds very imperfect, until you realize it was God himself who said, “It is not good that the man be alone.” And he said it before Adam fell.

To live a perfect human life does not mean to live a life without needs.

The Surprising Conclusion: I’m Glad We Don’t Know the Rest of Jesus’ Story!

I still wonder what Jesus’ perfection looked like at home in Nazareth. Many, many times I have wished we knew more about Jesus’ first thirty years. It seems almost cruel that the Bible left them out — and yet, and yet … as I conclude this study, I realize it may be more providential than we often recognize.

Jesus’ life, portrayed in the Gospels, sets the standard we all share: standards of character and communion with God. The rest of our lives, though? They’re our own to live. Life yours well!

All I changed there was to remove the article “a.” That was enough to ruin it. Other than character and communion with God, Jesus didn’t show us how to live “human” life. He lived a human life. His own human life. He didn’t fulfill the Creator’s intentions for every human life, only his own.

And we don’t know much about it before his public ministry began. What a good thing that is, I now realize. Instead of just learning from him about character and communion with God, we’d also be trying to follow him in making tables and door frames.

God doesn’t want us imitating that part of Jesus’ life. Our own most-perfect life, the one he most wants us to fulfill, looks only like our own. We can learn from others, but it’s a huge mistake to think they define the standard for what we should be and do.

Jesus’ life, portrayed in the Gospels, sets the standard we all share: standards of character and communion with God. The rest of our lives, though? They’re our own to live. Life yours well!