We’re Too Used to Jesus 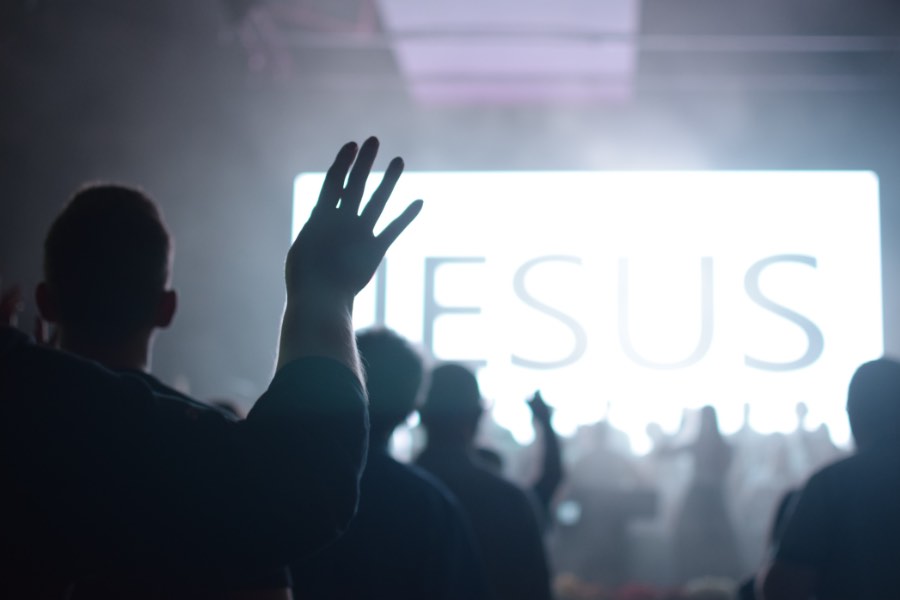 We’re too used to Jesus.

I’m convinced that explains a lot of contemporary Christianity’s weakness. Jesus doesn’t astonish us, and it weakens both our worship and our obedience.

We sing our worship songs as if we really, really appreciate him, and we know the doctrine of his deity justifies worshiping him. Seldom, though, do we fall on our knees before him crying out, “My Lord and my God!” We’re too used to him for that.

I’ve been following Jesus since I was 18 years old, 45 years ago now. I knew he was worthy of my worship, but I’d also reached the point where his story couldn’t surprise me any more. You could say I loved him, but it was on a cognitive level as much as anything.

I was grateful for his sacrifice for me, yet there was something missing there, something that kept me from seeing him for who he really was. My Christian life was about my Christian life. It wasn’t so much about him but about me.

They Weren’t Used to Him in the Gospels

It was never like that in the Gospels. Consider the way the crowds, the disciples, and his adversaries reacted: they were never used to him.

The crowds around him on earth never got used to him. Over and over again they were astonished at his teaching and his miracles. The disciples could hardly have been used to him; he kept doing unexpected things like walking on water, or telling them he’d come to die for us all. His opponents weren’t used to him at all. They felt annoyed, bothered, threatened, but they just couldn’t ignore him.

Maybe it was easier to be astonished then, seeing him face to face, watching him cast out demons or raise the dead, or hearing him preach as if he had authority over literally everyone. What if we could see him today as if for the first time, to be surprised by his life, his teachings, his miracles, and his resurrection once again?

That’s a lot of the reason I wrote my new book Too Good To Be False. In fact, for most of the time I was writing it, it was under the working title “Too Used to Jesus.” In the end my publisher and I decided that didn’t convey enough of what the book was about. But it’s a lot of it. And it’s a lot of what’s caused authors like Lee Strobel, and Ratio Christi president Corey Miller to call it a surprising, refreshing book.

So I’d like to tell you what started me on the path of recognizing we’re too used to Jesus. I’d like to, but pinning it down to just one thing won’t be easy. One of them, though was when I first reflected on what it must sound like in today’s culture to hear the gospel.

The Unbeliever Who’s Not Used to Jesus

Christianity centers around one individual, a man who lived a very long time ago, in a remote part of the world (for most of us). His ways were simple. He walked dusty roads, wearing the ordinary sandals and robe of the common person.

He raised no army and wrote no philosophy; instead, for a few short years he gathered a small band of followers, none of whom had anything special going for them, either. He taught with common words and everyday images.

Somehow, he gained a reputation for being a worker of miracles, and created a bit of a stir in the process. Far from winning him great influence at the time, though, his works and his words annoyed the local people of power. So they had him executed at the young age of thirty-three.

And now, two thousand years later, we believe that all human history, all human destiny, indeed the life of every single individual who’s ever lived, rests entirely on this one young man’s shoulders and his alone, now and throughout all eternity.

Imagine hearing that for the first time. Wouldn’t it seem outrageous? What kind of man could bear that much weight—every person’s fate, for all history and even beyond? This is way too far beyond any individual’s capacity.

The one who would shoulder that kind of weight would have to be far more than extraordinary—spectacularly more, even. That’s who Christ would have to be, for us to have any reason to follow him at all.

The story of Jesus has to sound outrageous. If it doesn’t, we’re not hearing it right. It’s either outrageously false or outrageously, stupendously good.

It’s been a privilege for me over the past couple of years to study Jesus’ magnificent character. He’s extraordinary in his love, his leadership, his authority, his teaching, his relationship with the Father, his friendship with us — everything, really. Yet he was also a human walking the earth like us; but if you ask me, that fact makes him even more extraordinary.

What Difference Can It Make?

So what difference might it make, to recover this sense of astonishment at Jesus? I’ll mention three areas it might affect: worship, obedience, and witness.

I’ve already mentioned how I used to approach Jesus in worship. That’s changed since I’ve done this in-depth study. I look at his character and it stuns me. I look at Jesus’ complete, unwavering goodness, and it takes my breath away. You’ll never see anyone else so utterly, consistently giving; not in person, not in history, not even in literature. Yet the way he did it, it seemed so easy, so natural to him.

This is just one of many ways Jesus has caught me totally off balance, sometimes even literally, as I’ve fallen on my face before him to proclaim his worth and my worship.

His greatness motivates me to obey, though. I think of it this way: He lived the only fully perfect human life anyone has ever lived. Why wouldn’t I want to follow an example like that? Who else should I model my life after? I’ll fall short, but at least I’ll fall short in the right direction, pursuing a worthy goal.

Knowing how extraordinary is will affect our witness in two ways. One, we have an amazing story to tell. Jesus is worth getting excited about. Two, we’ll be more in tune with our pre-Christian neighbors, knowing that some of them will have a ways to go before they’ll be ready to accept that this long-ago man holds the key to their future. I wrote Too Good to Be False partly for the purpose of helping us explain how that fact, though unlikely, is nevertheless true.

Recognizing Jesus’ extraordinary uniqueness can help you live a more extraordinary life yourself. I’ve found it adds a new level of excitement to my Bible reading, especially in the Gospels, but not just there, for all the Bible speaks of him in one way or another. The more we encounter Jesus as he really is, the more joy we’ll experience in our Christian lives. My Christian life is a lot more about Jesus now than it ever was before. And that’s good.

He’s outrageously unexpected. Stupendously good. Amazingly extraordinary. Enough so that yes, he has what it takes to carry the whole weight of humanity on his shoulders.

This is just some of what we can discover when we look at Jesus with fresh vision. He’s “too good to be false.” Catch that clearly, and you’ll never feel used to him again.

1 thought on “We’re Too Used to Jesus”