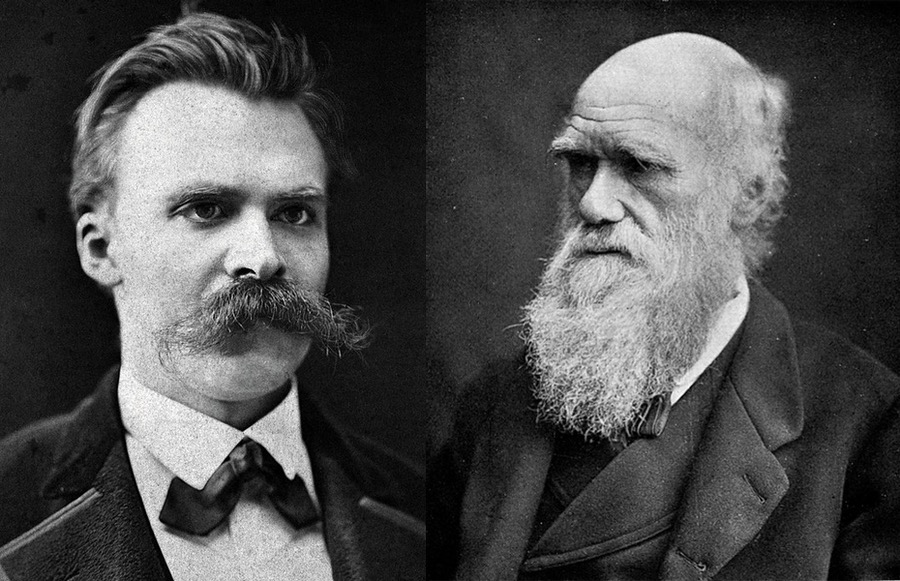 Is there any figure in all Western history more ironic than Friedrich Nietzsche, he who proclaimed the death of God? In mock tragic voice, his Madman even pretended to mourn it:

God is dead. God remains dead. And we have killed him. How shall we comfort ourselves, the murderers of all murderers? What was holiest and mightiest of all that the world has yet owned has bled to death under our knives: who will wipe this blood off us? What water is there for us to clean ourselves? What festivals of atonement, what sacred games shall we have to invent? Is not the greatness of this deed too great for us? Must we ourselves not become gods simply to appear worthy of it?

The Death of Man

Grant him credit for recognizing — as hardly any atheist does today — that God matters. But be not fooled. Nietzsche’s Madman was fine with this deicide, for he went on to say, “There has never been a greater deed; and whoever is born after us – for the sake of this deed he will belong to a higher history than all history hitherto.”

All his horror over the death of God was mere dramatic irony. Nietzsche wanted God dead. It made room for his Übermensch, his ethic of the “will to power,” his sneering dismissal of the Christian “slave ethic.” But his intentional irony was nothing compared to the unintended form that flowed out of his philosophy over the years: In killing God, we have killed ourselves.

I’ve written it before: Humanity is dead, and we are its murderers. With the death of God we’ve lost our selves; we’ve lost humanness itself. We don’t know who or what we are.

The Descent of Man

Indeed, if there is any work in Western literature more ironic than Nietzsche’s, it’s Darwin’s The Descent of Man. He meant “descent” in its genealogical sense: We are the descendants of some ape or ape-like creature. But the word also means the downfall, the drooping, the lowering; and in Darwin, man was lowered from the nobility of God’s image to the ignominy of undifferentiated animal. I do not mean the embarrassment of having apes as our grandparents; I’m talking about our becoming (in Darwin’s terms) one with all of nature, without distinction or difference.

When I was a child I was taught evolution’s “progress” from single-celled creatures to tiny proto-plants and animals, on up to the vertebrates, the mammals, the primates, and finally the highest of all, humans. That’s all myth, on a Darwinian accounting. Evolution knows nothing of progress. If it “knew” anything at all, it would be that success means nothing more than having offspring that have offspring. Some offspring do that better than others, but the new Darwinian synthesis explains that all as the purposeless result of mere mindless chance. Which is literally where we came from, on this viewpoint.

If you still want to use “higher” for certain evolved species, just remember how they got that way: Their ancestors’ offspring had more offspring. They conquered a niche. For humans, that niche may be defined as the tool- and language-using domain where cooperation and invention serve to preserve offspring to have more offspring. On Darwinian terms, though, our niche is no higher than that of the one animal whose numbers (and biomass) far outweigh all others: termites.

The Death of Dignity

But aren’t we higher, more dignified for being the self-aware, thinking, planning, intentional beings we are? One might think so, given that every person knows this is so, based on the most direct evidence of all: our own constant experience. Today’s atheists, however, intellectually descended (in both senses of the term) from Darwin, Nietzsche, Freud, and Marx, have wiped all that away.

Free will is an illusion, say Coyne and Harris. Daniel Dennett allows for it only the sense that something is free; but it isn’t you or I making free choices, it’s just chance, which from time to time escapes the shackles of physical determinism.

Atheist philosophers Alex Rosenborg, Paul and Patricia Churchland, and others deny human consciousness. Rosenberg denies rationality, even human thought. Thomas Nagel agrees atheism ought to lead to the same conclusions, so he hopes someday we’ll find a better answer than that (as long as it isn’t God).

All of them (except the ever optimistic Nagel) deny that humanness is what humanness seems to be. It has no substance, only illusion. So forget about human uniqueness signifying any kind of superiority over the rest of nature. We’re only more confused by the delusions that deceive us.

God is dead, said Nietzsche. His Übermensch translates to “super-man;” and in a sense he thought this new superman would soar, almost like the fictional man we know of from Krypton. In reality his philosophy ended up chaining us hard to the ground instead. And now we see the fruit of it as we live out this death.

Living in the Death

Of course we still want to soar. We know — not from philosophy or theology, but from our own undeniable self-awareness and experience — that we’re meant for something greater. Yet constantly we’re barraged with the Darwinian, Nietzschean message that we’re not meant for anything at all.

Is it any wonder we’re confused? Is it any wonder we no longer even know man from woman? Is it any surprise we’re more focused on sex and pleasure than purpose and meaning — not to mention procreation? As for marriage and family, how can one who doesn’t know who or what he is commit a lifetime to another person whose meaning and identity is as inscrutable as his own? Why would such a confused couple want children? Why would a woman hesitate to kill the child in her womb, when even her own place in the world is so much in doubt?

Why do scientists seek to edit human genes? Why do transhumanists speak of “singularity”? Is it because we want to invent a new übermensch? In a way, yes; but that’s only because we don’t know who we are, as we already are, and we place so little value on what we do.

Why are so many turning into social justice warriors? To create meaning where otherwise there is none. Why has an MSNBC anchorwoman proclaimed her life “pointless” if global warming is not averted? Because it’s pointless anyway, and the imminent collapse of everything (in her mind) only brings that fact to the fore. What explains the new intersectionality movement? The one who doesn’t know who she is as a human can at least hope to find identity as a disabled atheist lesbian Hispanic daughter of immigrant parents.

I have no beef with her for that, except when this identity surmounts her identity as a human being living among other human beings, and when it dims her knowledge that we’re all human beings. But again, why would it be any surprise if this happens? We no longer know what it is to be human. Where there is ignorance, there is flailing; intersectionality is exactly that sort of flailing.

So here we are. Nietzsche sang the death of God, unaware it was the death of humanity. Darwin lectured on the descent of man, ignorant of how far it would mean we would descend. Meanwhile all our social movements are in reality movements of rebellion against this descent and death, desperate attempts to find and re-define our place in the world. For we know we do have a place, and it’s not merely as another species of animal.

We know it because it’s true. But then one wants to know, how is it true? To that question, only the Abrahamic religions of Christianity, Judaism, and Islam can provide an answer; it’s found in Genesis, where we learn we are indeed different: we’re specially created in God’s image. And only Christianity can show how God came among us to prove our worth beyond all mistake; and to remedy our own mistakes.

Christianity is known above all for preaching a resurrected Savior. Christ is alive, and gives life out of death to those who trust in him. Yet there is another death he alone can cure, this same death of humanity I’ve been lamenting. Without him the flailing for meaning and identity will continue. In Christ, however, being human makes sense. In him, humanness has true worth. In him it is real. In him, humanness can live again.

Care to know how? I’ve got a recommendation for you — explaining all the above, and considerably more.