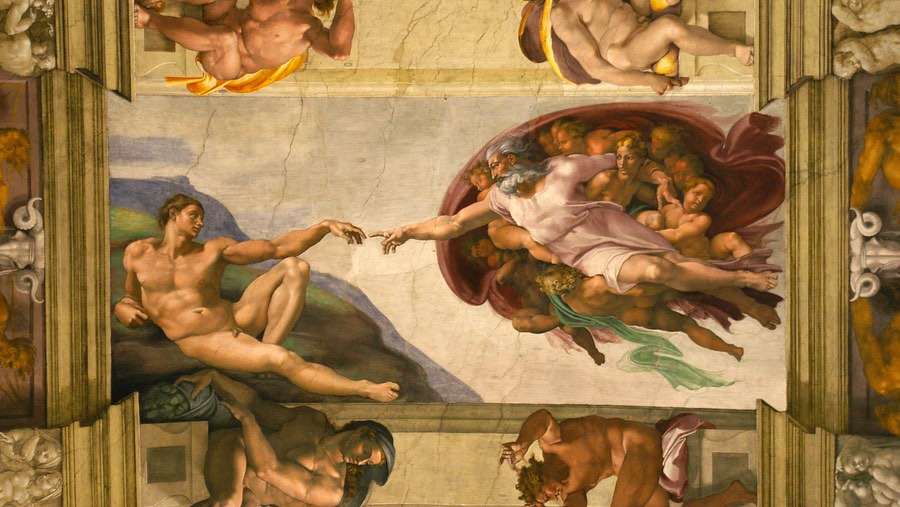 There’s a powerful message hiding inside two very familiar verses in the Old Testament. That message is, These ancient Hebrews did some advanced thinking, centuries ahead of their time. Either that or they had help: God’s revelation.

The first verse is really familiar:

Genesis 1:1: “In the beginning God created the heavens and the earth.”

The second one comes close:

The Little-Known Uniqueness of Genesis 1:1

Now, where is there a message hiding in Genesis 1:1? You wouldn’t see it just looking at it; you have to compare it with other religions’ and other peoples’ creation stores. The account in Genesis is astonishingly different.

Paraphrasing and quoting from page 32 and following of Creation out of Nothing: A Biblical, Philosophical, and Scientific Exploration() by Paul Copan and William Lane Craig:

Genesis is quite unlike other Mesopotamian accounts of the origin of the cosmos. The others are intertwined with accounts of the origins of the gods, their ancestry, and so on. They don’t identify these gods as creators. The deity may control some element of the universe, or may “be” that thing. But it’s not the creator.

There’s nothing like that in Genesis! Quoting now from the same source:

Further, Yahweh simply speaks, thereby creating; in other ANE cosmogonies, deities struggle to divide the waters. Also in Genesis 1, the astral bodies are not gods (as in ANE accounts) but are creations….

There’s no hint of a struggle in Genesis 1. Continuing:

Gerhard von Rad makes the powerful point that Israel’s worldview, as reflected in Genesis, drew a sharp demarcating line between God and the world. The material world is purged of any quality of the divine or the demonic….

This is unlike all other creation myths. Genesis is significant simply for its utter uniqueness. There’s something there that begs for explanation: What led them to such an utterly unique view of reality?

There is even more to be said, but it will fit better once we’ve looked at our second “overlooked apologetics verse.”

The Advanced Thinking of “I AM WHO I AM”

Moses asked God for his name, his identity. God answered, “I AM WHO I AM.”

Consider how unique this is. We know humans through our relationships.

Now, how are gods known in myth? In exactly the same way: by relationship to one another and to the created order, and by what they do. Their identities too are relational.

And so it is with identity in every case. It is always relational.

This is what makes Yahweh’s answer in Exodus so remarkable. In biblical culture, much more than today’s, a person’s name and identity were wrapped up together with each other. God was known to the Hebrews by many titles, most of which had to do with his role or way of relating to creation: The Almighty, the Lord of Hosts (Armies), The Provider, and so on. He is a relational God, after all.

But in Exodus, Moses was apparently asking for something more: God’s actual name, which would reveal his full identity, his full relatedness. When God consented to answer, to what relationship did he point? “I AM WHO I AM.” He pointed to himself. No other relationship could be adequate to identify him. He was (and is) just who he was (and is).

This is more remarkable than it might seem at first sight. For apologetical purposes we cannot assume that monotheism is true; that would be begging the question most illegitimately. But we can examine its implications: what if it is true?

This kind of examination has been done for centuries. One of its most solid conclusions is that God is “self-existent.” He is what he is, without reference to any other being whatever. He is being itself, as the philosophers and theologians put it. God is he who “is,” to whom the verb “to be” applies uniquely. It literally couldn’t be said any better than, “I AM WHO I AM.”

I won’t go into the advanced philosophical discussion on this. Instead I’ll simply point out that a Bronze Age sheepherder’s name for God is as accurate a name as could possibly be advanced for a monotheistic God. It’s perfect. It couldn’t be improved.

God’s name, his revealed identity, I AM WHO I AM, has never failed from within the context of monotheistic thought. It has stood many centuries’ test of philosophical and theological coherence.

How’d They Do That?!

This ties back to Genesis 1:1: God created the heavens and the earth from nothing. Besides himself, nothing was. There was God as pure Being, the totality of all reality. Creation had to be ex nihilo — from nothing (no preexisting matter, no material cause) — if there was to be any creation at all.

In other words, these two verses fit perfectly. I don’t mean they fit nicely. I mean perfectly.

So what’s the apologetic point, then?

So the author of these books, came up with ideas of God that no one ever matched in his day, and no one has improved upon in the centuries since then.

I’d say Moses did pretty well for a Bronze Age farmer. Either that, or as I said at the top of this essay, he had help. I think the “help” answer is the more likely one by far.