“Being Right Has Replaced Loving One Another”? 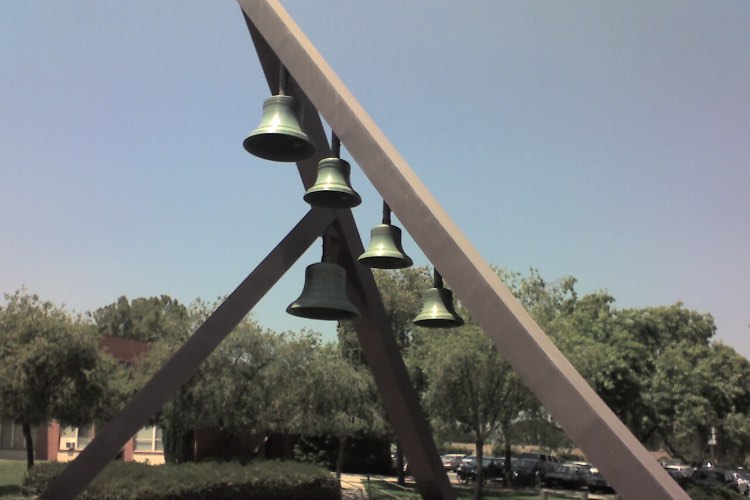 “Being right has replaced loving one another as we love ourselves.”

So says Erin Green in the Huffington Post, criticizing her alma mater, Biola University, for not affirming LGBTQ. (She wrote it a month ago. It’s still relevant.)

Biola is a conservative evangelical Christian university. Green’s complaints against the school are based in her reading of the Bible, including:

She calls upon the school to recognize LGBTQ persons’ suffering, and especially to be aware of “bullying, harassment, suicidal ideation, propensity for drug and alcohol abuse, homelessness, etc.” That’s certainly fair enough, since the suffering is real and it matters to real people. Green expresses thanks to the school’s president, Barry Corey, for his sensitivity on these matters.

Then she opens fire, listing seven professors who had (at the time of her writing) signed the Nashville Statement on biblical marriage and morality. She asks,

Then she answers her own question (the emphasis is hers):

Being Right versus Being Loving?

It’s that last complaint that really caught my eye: that being right has replaced being loving.

I would expect that kind of thing from a secularist for whom right and wrong are measured on sliding scales, who thinks that each person’s view is that person’s only, who believes anyone who thinks he is “right” is really just stuck in his own smug prejudices.

But Erin Green is appealing to Scripture, where being right and being loving are never at odds. Being smugly self-satisfied in one’s subjective opinion is unloving, but being right isn’t. In the biblical worldview, where God isn’t confused over any supposed conflicts between goodness and truth, it’s right to love, and it’s loving to think and to do what is right.

Does she think Jesus would rather have been loving than right? Jesus came full of both grace and truth (John 1:14). He didn’t sacrifice one for the other. He lived both out in full measure. He didn’t hold them in balance as if they were opposite ends of a pole, and as if he sliding too far toward one would make the other would fall off the edge.

Jesus was both completely loving and totally right.

No one who claims to believe in the Bible as God’s word could set up “right” against “loving” as if they were in competition. But Erin Green did.

Who’s She Pointing Fingers At, Anyway?

But there’s a further problem that has little to do with anyone’s belief in the Bible. It’s about her own inconsistency, and her blindness to it.

She thinks she’s right. She is so confident her view is right, she calls on President Corey to “revisit its policies and denounce actions that silence or condemn your affirming LGBTQ students, allies, faculty, and staff.”

Now, that sounds to me like she’s calling on the university administration to shut down dissent; to bully the school’s own professors into submission. The article is headlined “Wolves in Sheep’s Clothing.” Does any of that sound loving? And why does she think the school should censure these professors? Because she has an opinion and she thinks it’s right.

So just who is she pointing her fingers at?

Back to the Bible (References)

It’s all a grand display of context-free proof-texting. Green reminds us we should “bear with one another in love,” forgetting that this command doesn’t mean we should agree in all things, but that we should treat each other well in our disagreements. There’s no sign that Biola is failing to do that.

She quotes the biblical phrase, “Accept one another, just as Christ accepted you,” forgetting that the second clause there doesn’t read, “in all ways and for all purposes doing all things no matter what.” It says to accept one another “just as Christ accepted you.” And how does he accept us? On his terms, which include a commitment to following his commands!Christ invites all to himself no matter what, but there are conditions upon his accepting people into his fellowship. Too many people forget that.

A similar condition applies to her quote from John 6:37. Christ doesn’t drive away anyone who comes to him, but he does expect us to come on his terms, and he does intend to change us, to turn us toward righteousness, once we’ve entered into his life.

Maybe the problem really comes down to this strange statement:

We are marginalized for many reasons, but the glaring one is that we hold to a different theological truth about same-sex relationships and gender binaries. Does this diminish who we are in Christ or our membership in Christ’s kingdom? It shouldn’t.

This is completely impossible. Two opposite views cannot both be “theological truth.” If Green holds to theological truth about same-sex relationships and gender binaries, then Dr. Corey and the university hold to theological error. If they hold to truth then she holds to a falsehood. So whether she is right or wrong about gender and same-sex relationships, she is certainly in error about whether there can be different, contradictory truths about it!

Does this diminish who she is in Christ? Not necessarily. Not her identity, that is; for Christ’s love can prevail even over error. But it does diminish her knowledge of the truth and her growth in it. Col. 3:9-10 tells us our new self is renewed “according to a true knowledge,” not through falsehood.

This may be month-old news, and I may be late getting to it, but there’s an enduring lesson here anyway. It’s really, really hard to use the Bible to argue against biblical morality. People try it anyway, but in so many cases like this one, they end up not contradicting not only the Bible, but even themselves.

The one clear thing she got right is that we need to treat LGBT people with real biblical love. That means standing up against bullying, and all discrimination where sexuality is irrelevant to the decision.

But it doesn’t mean telling them that there are different truths, some of which favor them and some which don’t. Contradictory “truths” can’t both be true, and that’s true for all of us, including LGBT people.

And it certainly doesn’t mean that being right is a rival to being loving.

1 thought on ““Being Right Has Replaced Loving One Another”?”