Can Science Survive Dan Brown? (Review of His Novel Origin) 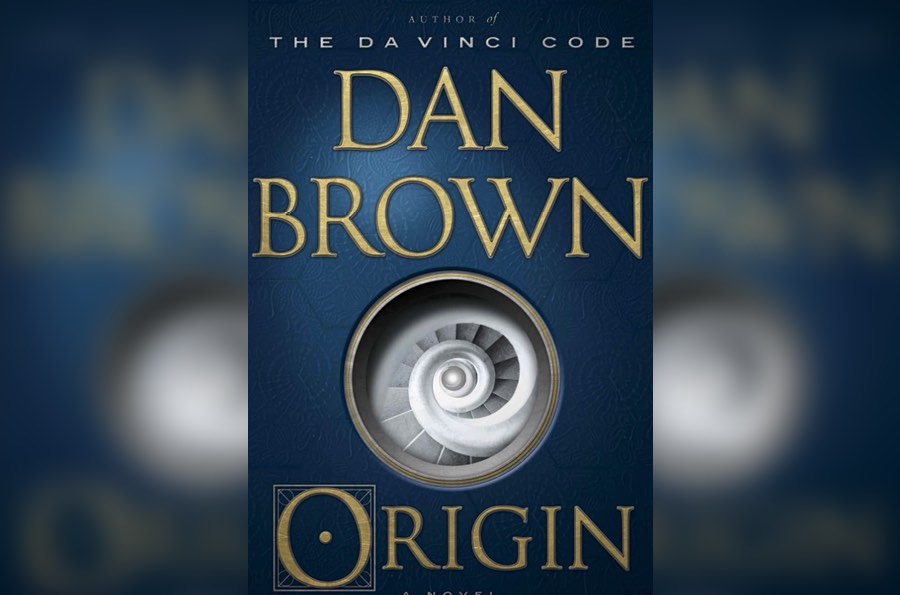 Someone who knows something faith and science had better do it, I thought, so I guess I’ll read Dan Brown’s latest novel. Pardon my reluctance, but I knew something about Brown’s reputation as a writer.

It’s called Origin: A Novel. I’d heard about it via news of his pronouncement that “God cannot survive science.” A more honest intellect might wonder whether science can survive Dan Brown.

I can’t explain that without revealing where some of the plot goes. So I suppose this is where you’d normally see big flashing letters screaming SPOILER ALERT! And I guess I’ve fulfilled the necessary duty just now — though reluctantly. To shout “spoiler alert” is to imply there’s something there to spoil. There isn’t.

There is a build-up, to be sure, and it does keep the pages turning. There is also some material right where one expects to find the action peaking, the questions answered, the mysteries revealed. But what’s there is a sermon; a slow, plodding, naively ignorant one at that.

For, as in other books of his, I’m told (for this is the first I’ve read), the plot of this story is one thing, the message another; and the message this time is that science will overcome all. He doesn’t come right out and say in the book that science will vanquish God. He saved that for his later media appearances. But the message is clear enough.

The Amazing Computational Device That Sees All, Knows All…

And what is that message, specifically? Dan Brown’s extremely advanced next-generation E-wave quantum computer will explain it to you. (Here’s where I tell what happens where the book’s climax should have been, but wasn’t.) This computer knows where we came from, you see, and where we’re going.

It was programmed to run the entire history of the universe in simulation, with the single instruction to maximize energy dissipation. Apparently life is good at doing this dissipation thing, which is why life’s supposed evolution presents no challenge to laws of entropy. “Life is not the point of the universe. Life is simply what the universe creates and reproduces in order to dissipate energy.” Or later, “No God required…. Life rose spontaneously from the laws of physics.”

…Down to the Minutest Nano-Detail

Now I know it’s a novel, and that as readers we’re supposed to suspend disbelief, so I’m not even going to ask how that explains the extreme, massive local buildups of information that must accompany all known forms of life. I’ve got bigger matters to pursue, anyway. You see, this computer ran this simulation multiple times, and you know what it got every time? Life, yes. But not just life. DNA.

I’m finding that hard to suspend disbelief over that. Does any biologist really think that if evolution were run over again from before its very beginnings, we’d end up with DNA again? Does Dan Brown think he’s serving science by suggesting we might?

But it gets worse. This computer knows where we’re going. Its equations are so refined, it can predict future human evolution down to the very year it happens. Hari Seldon never had it so good; and apparently this computer is quite certain life will not, cannot produce a Mule. Or maybe Isaac Asimov, who wrote the Foundation trilogy I’m alluding to here, was a lot less stupid about science than Dan Brown. (No, just go ahead and scratch “maybe” from that sentence.)

Anyway, in Dan Brown’s universe, which looks eerily similar to ours but whose science runs on completely different terms, the human species is within just a few short decades of being supplanted.

…And Irreversibly Into the Future

In every model I ran, the same thing happened. The human species evolved to our current point in history, and then very abruptly, a new species materialized, and erased us from the earth.”

Sounds horrible! But no, humans are just today’s current snapshot in evolution, and later is always better, and what’s coming is a human/techno hybrid species anyway. By the way, did you catch how every model he ran produced humans in its evolution? That’s no more likely than producing DNA every time. Less, actually, since you have to get through the DNA hurdle even to get on a path toward a human result.

Anyway, not to worry, the future is bright, they best is yet to come. Let’s be optimistic! The universe will become even more proficient at dissipating energy, so all is well, right? Well, that’s what he should have said, to be consistent with his own story line. What he said instead was that this future kingdom of life, the Seventh Kingdom, Technium, was never going to have any problems again.

Edmond persuasively described a future where technology had become so inexpensive and ubiquitous that it replaced the gap between the haves and the have-nots. A future where environmental technologies provided billions of people with drinking water, nutritious food, and access to clean energy. A future where diseases like Edmond’s cancer were eradicated, thanks to genomic medicine….

I pause here to wonder: If the computer can predict the future right down to ATCG and the DNA base sugars, and if it can predict those cancer-eradicating treatments in our future, why is it waiting to tell us what they are? Doesn’t it know already? Is it afraid of spoiling the surprise? But let me continue.

… A future where the awesome power of the Internet was harnessed for education, even in the most remote corners of the world. A future where assembly-line robotics would free workers from mind-numbing jobs so they could pursue more rewarding fields in areas not yet imagined….

But I thought this computer wasn’t merely imagining, it was computing all that was coming! How could anything in its so-clearly predicted future remain unimagined? This is careless on Brown’s part. It’s sci-fi done by someone who knows nothing about sci-fi. (And there’s an even worse incoherency here that I’ll return to in a moment.)

… And above all, a future in which breakthrough technologies began creating such an abundance of humankind’s critical resources that warring over them would no longer be necessary.

I told you he was sermonizing.

It’s absurdly naive preaching, too. To think that an abundance of resources is all it would take to eliminate conflict? Sorry, but that’s getting your head so stuck in pseudo-scientific utopianism, you can’t even see that people aren’t like that.

Not To Mention Incoherently

And what about this business where people would be freed from mind-numbing assembly-line jobs? Brown’s vision of reality makes humans inescapably part of the energy-dissipating assembly line! Reality, for him, is just the laws of physics. We’re part of it, and we can’t pretend we aren’t. If Brown’s futuristic vision came true, it would prove finally and absolutely that we’re in the machine, and can’t exit out of it.

But it won’t happen, because Brown’s vision of the future also depends on a progress- and prediction-oriented model of evolution that no sane scientist on earth believes. It isn’t just anti-religion. It’s anti-science. It’s anti-human. It’s anti-sanity.

But it sure makes for a pulpit to preach his faux-scientific utopianism. If you can stand that sort of thing going on for pages.

I suppose I could spend some time pointing out the multiple errors Brown has made regarding religion: that all religions concur on their most fundamental truths, that religion once something to do with believing in a flat earth, that Bruno and Copernicus were persecuted for the sake of science, that pantheism disappeared because we needed fewer gods to fill gaps in our knowledge — I could go on, but it’s already been said often enough about his earlier novels. When it comes to religion and religious history, Dan Brown is ignorant.

What makes this one stand out is his ignorance concerning science.

Earlier in the novel, a key character named Winston — actually the E-Wave computer turned nearly human — had said, “This is how the species has evolved. In Darwinian terms, a religion that ignores scientific facts and refuses to change its beliefs is like a fish stranded in a slowly drying pond.”

I wonder if the same could be said of novelists who ignore both scientific and human facts. I wonder whether science can survive this kind of nonsense.

1 thought on “Can Science Survive Dan Brown? (Review of His Novel Origin)”