How John Loftus’s The Christian Delusion Fails: Part One 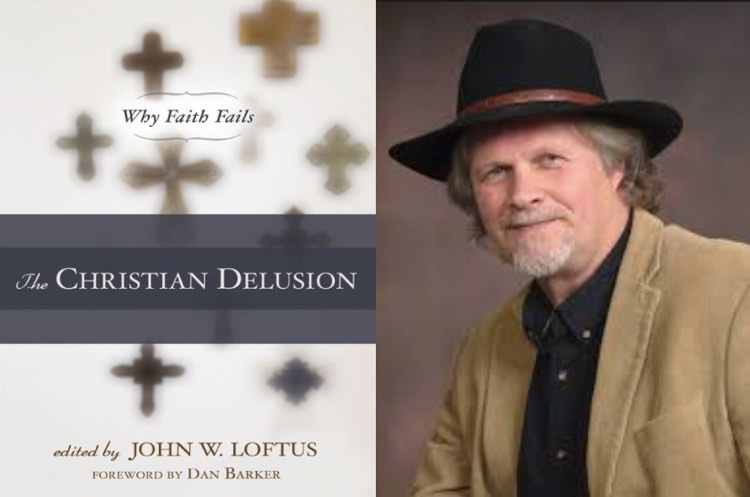 John Loftus’s Facebook page lit up recently after I answered his question about going to church. Several of his friends challenged me to dig in to the meat of Loftus’s work. I had two of his books on my “guilt shelf” (books I own that I know I really ought to read), so I dove into one of them: The Christian Delusion: Why Faith Fails.

My conclusion: there actually is some meat here, some things worth thinking through seriously. But there’s no evidence of a grand Christian delusion. The Christian Delusion fails.

The book is a collection of 15 essays by ten authors. Dan Barker wrote in the Foreword, ”The case for faith is a case for ignorance” (emphasis his), and since many of the authors were once deeply involved in Christianity, “No one can pretend that the contributors in this volume have not given Jesus a fair shake or that they don’t know intimately what they’re talking about.”

I’m not so sure. I’ll present a smattering of reactions to several chapters, focusing on two in particular in later posts. I’ll start at the very beginning (“a very good place to start,” as Julie Andrews’s character Maria von Trapp once sang).

Every argument in support of religion has been been shown to be inconclusive or generally false, yet religion persists, of course. If the case for religion in general fails, then the case for any particular form of religion, like theism or monotheism or Christian monotheism, naturally fails too.

Eller thinks there is a genus of social and psychological phenomena called “religion” of which all instances of “religions” are species; and that they all have something in common that can be assessed and refuted. He notes that Christianity is expressed culturally. The cultures in which it becomes situated influence the form it takes, and Christianity influences those cultures in turn. None of this is news; Eller quotes Christian anthropologists who have noted the same thing. Therefore there is more than one “Christianity,” culturally speaking, which is old news for Christians, too.

Eller takes us on a worthwhile and highly informative tour of Christianity and culture, then concludes,

Christians, like other religionists, are not so much convinced by arguments and proofs as colonized by assumptions and premises. As a form of culture, it seems self-evident to them; they are no so much indoctrinated as enculturated.

In fact what he has shown is that not all religions can be special, universal, and eternal (which we already knew). It does not logically follow that none of them is. Nor does the fact that people acquire Christian belief through culture mean that Christianity is false.

In chapter 2 Valerie Tarico shows how persons can be fooled in their beliefs. This, too, is interesting and worth studying, but it has little to do with Christianity’s truth.

She says, for example, “The structure of thought itself predisposes us to religious thinking.” She attributes that to evolution-based hyperactive agency detection or pattern recognition. It could also be a result of God wiring us that way. She says “God has a human mind” because we’ve made him that way; it could just as well be (as far as it’s true, which is not as far as she thinks) on account of God making us in his image.

Psychology on its own, she says, provides “a sufficient explanation for the phenomenon of belief” (emphasis hers). Sure. But that only speaks against the truth of Christianity if one knows our psychology wasn’t made that way by God. She assumes that to be true, but this is begging the question.

Let’s be very rigorous about what we’re saying here about both Eller’s and Tarico’s chapter. The way in which a religion is passed along has nothing to do with its truth. Its truth depends on its truth, not on the way it’s propagated or the mode under which one comes to believe it.

Cautions About What You Can Know

Now, Loftus would add (and he does, for an entire chapter) that the way it’s propagated has a huge influence on our ability to know whether it’s true. I agree. My short answer to his “Outsider Test for Faith” is that it’s a highly interesting cautionary note, well worth paying attention to — but we can still arrive at reasoned conclusions about worldviews anyway, even our own. Otherwise John couldn’t safely conclude that his own atheistic worldview — which is subject to the same rule, even though he denies it — must be false. (Actually, I’m quite sure he can’t; but he thinks he can, which is enough for purposes of this argument.)

I have much more to say. Jason Long’s chapter on persuasion theory, for one, leads to a very fascinating discussion on the counterintuitive role bias and objectivity play in the trust we can place in scholars’ conclusions.

Other chapters show that Barker is wrong: the authors don’t know Christianity at all — especially John Loftus in chapter 9. For the first half of that chapter I was surprised at the strength of John’s argument. It didn’t last. By the end I was laughing out loud.

But this is enough for now. More to come.

7 thoughts on “How John Loftus’s The Christian Delusion Fails: Part One”