An Open Letter Of Hope To Gregory Magarshak, Man of Many Questions 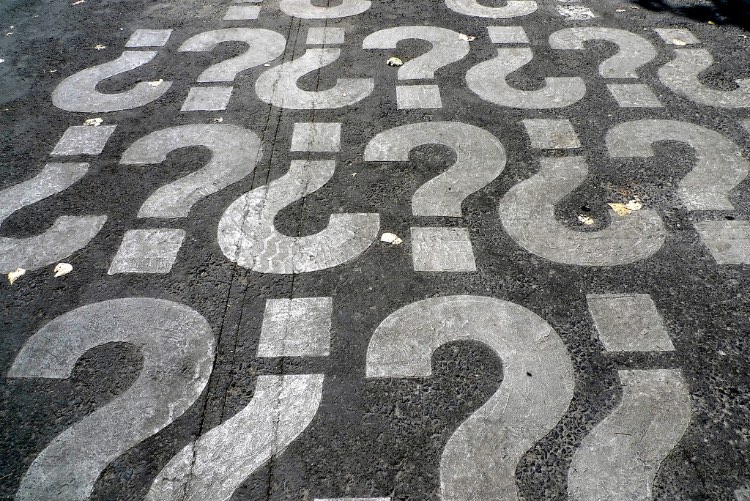 It’s been more than five years since you were on this blog, so when I met you in San Antonio last week, I didn’t realize it was you. We didn’t exchange our last names, so you didn’t know it was me, either. I had trouble sleeping after our conversation, though, which I think had something to do with my unconscious trying to wake up a memory in my conscious mind, and early last Saturday morning I realized with quite a sense of surprise that it was you. I was able to confirm it by finding your photo on your website.

Maybe you’re still not sure which interaction I was talking about. We were both at the EPS Apologetics Conference. Gary Habermas had just finished his talk on 1 Cor. 15:3-6, and you started in on a conversation with him. I came up to Gary, too — and all I wanted to do was say something to him about Spartan football this year, as he and I both graduated from MSU, and Spartan sports happens to be the thing we find talk about more than anything else. 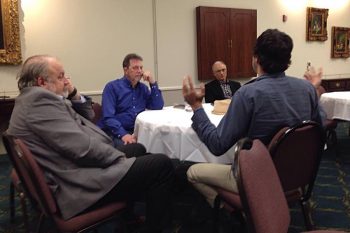 Craig Hazen asked us to move to another room. I followed along for what I thought would be a brief exchange of Spartan football quips, but which turned out to be more than an hour of conversation with Gary and you. Greg Koukl joined us part way through.

Rodney Lake, my Thinking Matters friend from New Zealand, was there for a while, too, and he snapped this photo. And now you know that was me there with Gary, Greg. and you.

Usually an open letter is for a public person, which you are in a way, for people who were on this blog at the time. We knew you pretty well, actually — you left more than 300 comments here, back in the day. You asked literally hundreds of questions. Since you didn’t respond to my email last Saturday, and since I still want to get a message across to you, I’m using this means to do so.

Questions From a Seeker

And I thought, if a person really is a seeker after knowledge and understanding, that person does not repeatedly interrupt Gary Habermas. You and I both know his stature as scholar on the resurrection. Someone who wants to understand will listen to a person who has that kind of knowledge. So I wondered.

But maybe you really are seeking anyway. You’re troubled by many questions — so many that they cannot stop themselves from tumbling out, one after another. This is not the first time for you. You still have tons of questions.

Asking Questions, Seeking To Make Sense Of It All

Yet I didn’t get the sense last week that you were trying to tear down Christianity as a belief system; you were trying to make sense of it instead. I think you want it to make sense, but you just don’t know how it all fits together, especially how it connects with your existing beliefs as a practicing Jew. What place does the law have in the life of a Jewish person who converts to Christianity? Is the Bible clear on it?

I think it is, but then I’ve never been in your position. I know who has, though. Jesus’ disciples were all practicing Jews. They followed him without having all their questions answered. The difficult place of the law in the life of a Jewish believer in Christ wasn’t even brought up for discussion until Acts 15 (foreshadowed by Acts 10 and a couple of very brief statements by Jesus). This was no sooner than five years after Jesus’ crucifixion and resurrection, at the earliest possible date.

They didn’t have the answers to all their questions, but they followed anyway, because knew there was someone there immensely worth following. (I know you don’t put much stock in the gospel of John, but I still think Peter’s comment in John 6:68 is instructive. He was undoubtedly as confused as the rest of the crowd there that day (and they were very confused at that point). Jesus wondered if the disciples would leave along with the rest. Peter answered (paraphrased) “Where else would we go? You’ve got the answers for life we’re looking for.”

Another man came up to Jesus once and asked, ““Teacher, what good deed must I do to have eternal life?”

Jesus answered, “If you would enter life, keep the commandments.” The account, which Gary brought to your attention last week, too, goes on:

I’ve had enough interaction with you, Greg, to be pretty sure you won’t even be content with the answers you receive, even answers given by a scholar like Gary Habermas. But I think you might be able to recognize the greatness of Jesus Christ, enough to recognize he is worthy of both your trust and your hope. But if you’re not sure of that, maybe you can at least see that he’s worth following.

One Step At a Time

How do you do that? The same way Jesus’ disciples did: one step at a time. I don’t know the second step for you, but I have a first step to recommend: Pray.

Pray tentatively, if that’s all you can decide to do. Pray something like this: “Jesus, I am questioning, I am seeking, and I want to know the way to life. I think you might be that way, even though I still have all these questions. For now I’m willing to set those questions aside, though, long enough to say, if you’re really God revealed in the flesh, would you reveal yourself personally to me? Would you guide me to the life I’m looking for, and the answers I seek?”

That’s the first step. I strongly recommend you take it. If you have questions for me about anything else here, I will simply say, “Have you taken the first step?” If you have further questions beyond that, we’ll consider dealing with them as they come. (If you find you’re blocked and can’t comment, look back through your emails from last Saturday morning and you’ll find one from me you can reply to and I’ll figure out what to do about it.)

I cannot commit to another long round of questions and answers, partly because of the time it takes and partly because I don’t think that’s what you need most. You need to follow Jesus Christ. He’ll guide you the rest of the way, if you’ll let him.

2 thoughts on “An Open Letter Of Hope To Gregory Magarshak, Man of Many Questions”