From the series, Ten Turning Points That Make All the Difference

“The heavens declare the glory of God,” says Psalm 19:1, “and the sky above proclaims his handiwork.” I’m not sure my son at 20 years of age has ever really seen the night sky at its best, in good conditions and far from city lights. His younger sister probably has, from a mountain conference center in Pennsylvania. One of my best experiences with the night sky was in 1977, while working at the Interlochen Music Camp in northwest lower Michigan. My friend Steve and I spent many nights watching meteors and learning constellations together.

Once our family was given a night’s stay at a cabin in the Colorado mountains, 10,000 feet above sea level and far from any lights. More than anything else there I was looking forward to seeing the stars. I was so disappointed: it rained all night long.

I had had other mountain experiences: my wife and I lived in the California mountains at about 6,800 feet of elevation (Big Bear City) for 2 ½ years some time ago. The sky there was fantastic. The hills and trees and lakes were glorious. That night in Colorado was amazing even without the night sky to behold. Even a single pine tree is a thing of beauty. If you ever make it to Big Bear Valley, by the way, you must smell the Jeffrey Pines there. That’s right, smell them: it’s delicious! In the spring when the sap is running, the whole valley smells of vanilla. Other times of the year you have to get your nose right up to the bark like tree-hugger. It smells like vanilla ice cream, or (some people say) like a cream soda.

God’s Best Work: The Only Work He Does 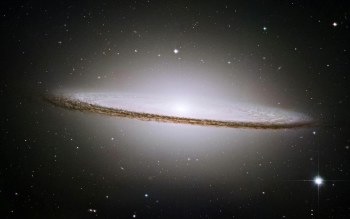 When God created all this, he was showing off.

Wasted Space? The Skeptic’s Question
We don’t know whether anyone is enjoying the view from some other planet. For all we know, we might be the only observers. Whether we are or not, the vastness of it all has led some skeptics to ask, why would God waste so much space on so few living creatures? Is this really a mark of intelligent design? It might surprise you to hear that I like that question, but I do: I enjoy answering it.

One of the better-articulated versions of that question goes like this:

Doesn’t the way that 99.99999999% of the universe is absolutely inhospitable to any kind of life show you that it wasn’t made for anybody? It is easy to imagine how a universe could have been more intelligently designed, with less wasted space and energy and more hospitality for life.

Let me first of all provide two answers that I consider thoroughly adequate even though miserably flawed. You’ll understand what I mean by that in a moment.

Science and Accounting
First, the “scientific” viewpoint of all this emptiness, when taken in full perspective, makes no strong statement against design. Quite the contrary, actually. I could mention the universe’s fine-tuning for life, for one thing. For another, we know now that a large universe is necessary for life, at least according to physics as we understand it. Guillermo Gonzalez enunciated the principle of the galactic habitable zone, whose implications include the principle that a certain amount of empty space, but not too much, is essential for life to thrive. (That’s admittedly an oversimplification which I make for the sake of space here on the blog, but not, I take it, a distortion.) So it is premature at best to suppose that large amounts of space “inhospitable to any kind of life” really mean that “it wasn’t made for anybody.”

Second, that idea is not just premature; it’s also incredibly short-sighted with respect to who Christians understand God to be. Is God concerned about the waste of energy and space? Why would he be? Is there some bean-counter following him around to make sure he has cash and inventory left at the end of the quarter? He created it all “with his outstretched arm” (Jer. 32:17)—not “arms,” but “arm.” Pardon my taking the figure of speech too literally, but language of this sort, sprinkled throughout the Scriptures, reminds me of the saying, “he did it with one arm tied behind his back.” Creating the universe did not tax God’s resources. Inefficiency is a vice only where resources are limited; God is unlimited.

So there is a scientific response to this skeptical challenge, and another answer we might call the accounting response. I think they’re both valid, but to be honest, I don’t think much of either of them. The problem is that they take the skeptic’s question far too seriously. They’re reasonably good answers to an unreasonably bad question. 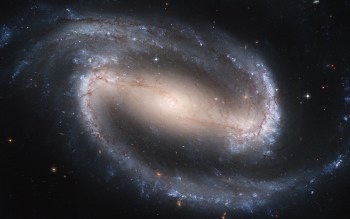 Glory and Love
What’s wrong with the question? The skeptic says most of the cosmos is “wasted space.” Really? What a sad, dry, cold and mechanical way of thinking about the universe! Space isn’t empty, not anywhere. It’s filled full and running over with beauty. Everywhere the eye looks there is glory! So what if no one can live there? We can observe it. We can delight in it. We can wonder over it, in profound awe. We can study it and learn from it. We can consider our place in its vastness.

Of course as we consider our place we might ask, so what if we can do that? We’re as nothing by comparison to it all. A few billion souls on one planet circling one star among quadrillions—is our appreciation of the cosmos enough to justify its existence?

Maybe. We know that God, the God of love, loves to give lavishly. He has made beauty for us to delight in on every scale, from the microscopic to the cosmological. What prevents him from giving us the galaxies to enjoy?

Or maybe not. What does it matter? God could have created it just for his own pleasure and glory. The universe would glorify and give God joy if he were the only witness—and that would be more than enough reason for its existence. Most humans in history have never imagined the vastness and beauty that we’re privileged to see with today’s telescopes, but God has known it from the beginning. The angels have seen it, too: they were the “morning stars” who sang of the physical creation’s birth in Job 38:7.

God decides sovereignly, he creates freely, and he does all according to his overwhelming glory. Even if it were for God and God alone, it would not be wasted space. That he shares it with us is a sign of how much he loves us, the people he has created in his image—which will be the next topic in this series.

16 thoughts on “Creation: The Glory!”