In honor of Richard Dawkins’ refusal to debate William Lane Craig tomorrow, I’m re-posting a piece I wrote for the Newport News Daily Press early in 2007, highlighting his hypocritical willingness to ignore science when it suits his purpose. This article was also published at BreakPoint.

Richard Dawkins’ book The God Delusion has been a New York Times bestseller for more than twenty weeks [as of the original writing]. Why so popular? Dawkins is the professor for the Public Understanding of Science at Oxford University, and in some ways he is remarkably well suited for a job like that. His writing is marvelously clear and engaging. His early book, The Selfish Gene, an explanation and defense of evolutionary theory, has been called the best popular-level science book ever written. 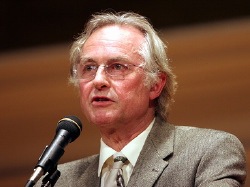 He leads the “Richard Dawkins Foundation for Reason and Science” and calls his website “A Clear-Thinking Oasis.” He pointedly contrasts his own rationality with what he calls religion’s irrationality. His attacks on religion are shrill. For example: through one full chapter of The God Delusion, he maintains that teaching religion to children is child abuse. This is not just an arresting figure of speech, an exaggeration to make a point; Dawkins soberly compares religious upbringing to sexual abuse, and finds religion the worse of the two.

The famous scientist supports this with no systematic data, just a few pages of anecdotes, stories of people who suffered at the hands of ill-advised religious education. Stories like that, sadly, can be found; but what do they represent? If religious training is thought to be child abuse, an obvious scientific hypothesis follows: Children with religious upbringings should show some of the symptoms that are typical of abused children.

These symptoms are well known. They include fear, panic attacks, eating disorders, depression, low self-confidence, irritability, difficulty relating with others, substance abuse, and so on.

Not every abuse victim experiences most or all of these, but outcomes like this are typical. If a religious upbringing equals abuse, there ought to be signs that something like this happens to children of religious families.

There are data to test that hypothesis. It was published well before Dawkins’ book, so he had ample opportunity to know what science had to say. Christian Smith, a sociologist at the University of North Carolina at Chapel Hill [now at Notre Dame], led a massive, authoritative study called the National Study of Youth and Religion. The results were published in the 2005 book, Soul Searching: The Religious and Spiritual Eyes of American Teenagers (with co-author Melinda Lundquist Denton), published by Oxford University Press (yes, that’s Dawkins’ university). It is the best study of its kind to date.

This study sorted its 3,290 participants into levels of religious involvement: the Devoted, the Regulars, the Sporadic, and the Disengaged. Because America’s predominant religious groupings are Christian, the “Devoted” and “Regulars” were predominantly Christian—Protestant and Catholic. Therefore these results can fairly be taken as relating specifically to Christianity. (Results for other religions are hard to determine from the data.)

The closer teenagers were to “Devoted” rather than “Disengaged,” the less they engaged in these negative behaviors:

At school: Poor grades, cutting classes, getting suspended or expelled;

Those more “Devoted” on the scale showed more of these positive outcomes:

Emotional well-being: Satisfaction with physical appearance, planning for the future, thinking about the meaning of life, feeling cared for, freedom from depression, not feeling alone and misunderstood, not feeling “invisible,” not often feeling guilty, having a sense of meaning to life, getting along well with siblings;

Relationships with adults: Closeness with parents, number of adults connected to, feeling understood by parents, sensing that parents pay attention, feeling they get the “right amount of freedom” from parents;

Moral reasoning and honesty: Belief in stable, absolute morality; not pursuing a “get-ahead” mentality; not just pleasure-seeking; less lying to parents and cheating in school;

The findings are overwhelming. On page after page, chart after chart, on every one of the ninety-one variables studied, the closer teens were to the “Devoted” end of the scale, the healthier their lives were. These are the results of Dawkins’ “child abuse.” This is what he complains is so bad for children.

H. Allen Orr wrote, “[Dawkins] has a preordained set of conclusions at which he’s determined to arrive. Consequently, [he] uses any argument, however feeble, that seems to get him there.” In other words, he sees just what he wants to see. It’s ironic—that’s what he accuses believers of doing.

What can we conclude? This study suggests (though its methods cannot prove) that growing up Christian is a very good thing. Concerning Dawkins and his book, we can easily see that his attack is falsely based. We also see that this “rational” scientist ignored science and clear thinking to make the point he wanted to make.

Twenty weeks a bestseller. For those who bought the book and found it persuasive, this should provide serious doubts about its credibility. (Other reviewers have found flaws on a similar scale throughout the book.) For followers of Christ who have been concerned about the bluster raised by books like this: This, like other baseless attacks, will pass. The Christian faith has stood for a long time; it will withstand this, too.