Books in Review: The Truth of the Soul of the Modern World 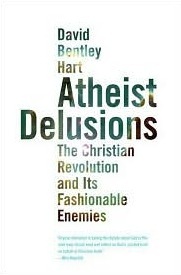 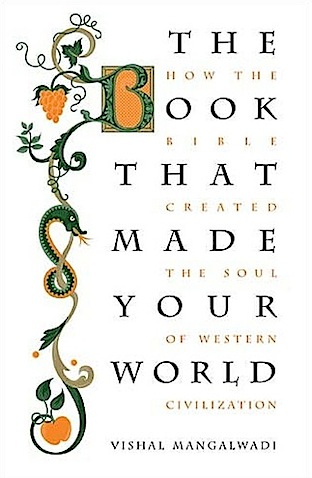 The Book that Made Your World: How the Bible Created the Soul of Western Civilization by Vishal Mangalwadi

Atheist Delusions: The Christian Revolution and Its Fashionable Enemies by David Bentley Hart

One of the New Atheists’ more childish conceits is that of secularism’s moral superiority over all that has come before. Today’s enlightened ethics, it is thought, are the happy outcome of Enlightenment thinking finally brought to fruition; though perhaps their virtue reaches back in time, across the yawning gap of the dark Christian era, to the golden age of Greco-Roman luminescence. Thus some branches of secularism compound their religious ignorance with historical blindness.

Several authors have addressed this error, among them Rodney Stark in Victory of Reason and For the Glory of God; but perhaps in some ways most tellingly in The Rise of Christianity. The best of these authors take a responsibly nuanced position: Christianity has not been perfect, and European Christendom in particular has been a mixed bag of good and evil. I do not prefer Alvin Schmidt’s How Christianity Changed the World, on account of its often too-rosy telling of the Christian story. Though it pumps rather parochially for Roman Catholicism, Thomas E. Woods Jr.’s book How The Catholic Church Built Western Civilization is better.

Now into the mix come two books, one quite new, one somewhat older yet new to me, both dedicated to getting the story straight. They are each of them, in vastly different ways, the best of the lot.

In The Book that Made Your World, Vishal Mangalwadi writes of Western civilization from the refreshing perspective of one who grew up in another place. Indian by birth and upbringing, he has seen the contrasting effect of Christianity in his pantheistic native land. Back and forth his book walks the reader, from early Christianity to modern India; from the birth in Christian soil of humanity, rationality, technology, heroism, and the like, to their unique expressions in a land where these ethical traditions in particular still seem somewhat novel.

This is not a matter of mere theory. In his chapter on heroism, for example, he tells of assault, robbery, bribery, and corruption visited upon his own immediate family, culminating in the murders of his aunt and uncle. It was clear that local leaders were intent on undermining the family’s works of compassion and sharing, through which many were coming to faith in Christ. Friends and family encouraged him and especially his wife and children to pull out. But as he tells it,

The countryside was stunned when we arrived back on the battlefield with three young women and two little girls. For our neighbors and opponents, heroism implied the ability to fight back—to find our enemies and take revenge. They assumed that we must have imported secret weapons from the West. It did not occur to them that someone might choose to serve his enemies and sacrifice his life for them. For us this was spiritual warfare. And we had a secret weapon—prayer.

From that story Mangalwadi time-travels back to classical and medieval concepts of heroism. The classical hero was a victor in battle. Alexander the Great left his empire “to the strongest.” Augustus Caesar “consolidated his power by killing three hundred senators and two hundred knights.” Similarly with Hinduism, whose deities are typically depicted carrying weapons. Medieval heroism gradually became moral heroism under the influence of the Church; which in turn took its cue from the Bible. Do we regard the firefighters of 9/11 as heroes? How could that be, when they lost? It is because we have a new conception of heroism—one whose roots are found only in Biblical traditions.

David Bentley Hart’s Atheist Delusions covers much the same ground as Mangalwadi’s book, for both share the purpose of setting the historical record straight. Where Mangalwadi is systematic in his topic coverage and highly personal, Hart by contrast is wide-ranging and literary. It would be hard to imagine two books on such similar topics that are so different in their manner of treatment. Mangalwadi is a story-teller. Hart is a polemicist: at times didactic, at times mercilessly witty (as I have already had occasion to share here), always sharp in his analysis. His central thesis is best summed up in his words on pages 32 and 33,

The ethical presuppositions intrinsic to modernity… are palliated fragments and haunting echoes of Christian moral theology. Even the most ardent secularists among us generally cling to notions of human rights, economic and social justice, providence for the indigent, legal equality, or basic human dignity that pre-Christian Western culture would have found not so much foolish as unintelligible. It is simply the case that we distant children of the pagans would not be able to believe in any of these things—they would never have occurred to us—had our ancestors not once believed that God is love, that charity is the foundation of all virtues, that all of us are equal before the eyes of God, that to fail to feed the hungry or care for the suffering is to sin against Christ, and that Christ laid down his life for the least of his brethren.

Perhaps you noticed, perhaps it came as some surprise to you, when I spoke earlier of “the birth in Christian soil of humanity.” Mangalwadi calls this “The West’s Greatest Discovery.” Hart makes the same point. I have alluded to it earlier on this blog. Here is more:

What for us is the quiet, persistent, perennial rebuke of conscience within us was, for ancient peoples, an outlandish decree issuing from a realm outside any world they could conceive. Conscience, after all, at least in regard to its particular contents, is to a great extent a cultural artifact, a historical contingency, and all of us today in the West, to some degree or another, have inherited a conscience formed by Christian moral ideals. For this reason, it is all but impossible for us to recover any real sense of the scandal that many pagans naturally felt at the bizarre prodigality with which the early Christians were willing to grant full humanity to persons of every class and condition, and of either sex.

To grant full humanity: what Mangalwadi called the West’s greatest discovery. It was not to be found in Plato or Aristotle, not even in the Stoics. It came from the One who died for all equally, declaring all equally worthy of life, all equally significant, all fully human. Some complain (for example) that Christianity denigrates the status of women, but the charge is both historically and geo-culturally laughable, for it is only Christianity that has brought a real sensitivity to women into world culture. A great many other claims of Christianity’s faults are in the same category. Not all of them, to be sure: both of these authors acknowledge the human error that has always afflicted the Church. Still, as Hart has pointed out, the conscience by which we name those errors is a uniquely Christian conscience.

I don’t know which book to recommend more to you. If you love language for language’s sake, by all means begin with Hart, for he is gifted with vocabulary, with imagery, and with the rhythm that marks excellence in prose as it does in a different way in poetry. His knowledge of history seems encyclopedic, and he applies it to produce consistently fresh insights for the present day. In a few places, unfortunately, he departs very briefly from full confidence in the Biblical text. I suggest you overlook that flaw when you see it, for it happens in only a few places and it never materially affects the historical argument he is making. There were some places where—perhaps it was the mood I was in—it seemed to me that Hart’s prose was higher than the subject matter, and I found myself wishing he would let it relax a while.

If you prefer stirring real-world applications of Christian conscience, a more systematic survey of the Bible’s impact in history, and a cleaner, quicker read, start with Mangalwadi. Read it for its intriguing outsider’s perspective on Western history and civilization, too. They say that when a reviewer recommends a book, he ought to be frank about whatever there might be in it that he did not like. With Mangalwadi, I’m afraid I’m going to have to fail in that responsibility. I feel almost guilty saying this, but there wasn’t anything I didn’t like about this book.

Both books tell a story that must be told: that Christianity has been good for the world in ways that have too long been forgotten. Whichever one you choose to read first, you’ve chosen well—as long as you plan to read the other one, too.

The Book that Made Your World: How the Bible Created the Soul of Western Civilization by Vishal Mangalwadi. Nashville: Thomas Nelson, 2011. 487 pages including extensive endnotes and index. Amazon price US$15.63.

3 thoughts on “Books in Review: The Truth of the Soul of the Modern World”