Coming to the National Conference on Christian Apologetics? Look me up there, or send an email, please—I’d love to connect with you.

I’m waiting for a chance to read Sam Harris’s new book, The Moral Landscape: How Science Can Determine Human Values. I like Harris’s thoughtfulness, his recognition of moral realities, and his stand against religiously motivated violence. That doesn’t mean his attempts to create a scientifically-based moral system make sense, however. He told Jon Stewart last week, 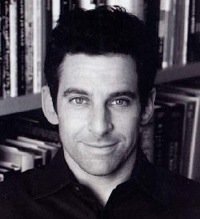 I think the biggest challenge we’re facing is finding some way to create a global civilization based on shared values. We have to converge on the same kind of economic and political and social goals and so forth. We have to begin giving similar answers to the most important questions in human life; and the only way forward to do that I see is to begin to talk about morality and human values very much in the context of our growing scientific understanding of ourselves in the world….

To take a scientific perspective on moral questions can often be crucial. Consider global warming and carbon usage: if there is a link between carbon release and potential serious climate change, then carbon usage has moral implications. Our knowledge of that linkage and its potential moral repercussions depends on what we can learn through good, objective, hard science. Science really does inform moral decision-making.

But Harris wants it to do much more than that: not just to inform moral valuations, but to ground them, to function as their sole basis. In he stands nearly alone, for most thoughtful observers doubt science has the capacity to deliver right, true, and trustworthy answers to questions of morality and value. At least he recognizes how lonely his position is:

We have a problem. The only people on the planet at this moment who think that there are truly right answers to moral questions are religious demagogues who think the universe is 6,000 years old. Everyone else seems to think that there’s something suspect about the concept of moral truth.

Never mind his egregious distortion of religious belief there, which is too obvious to waste time or attention on. It would be fascinating to read the book and see how he justifies his idiosyncratic stance on science’s ability to ground morality. I seriously doubt he succeeds in that justification. There is, after all, a reason most people don’t think science can deliver us moral truth: it can’t. Not unless Harris has come up with something utterly earthshaking in the history of philosophical reflection. It won’t be this:

Morality and value clearly relates to human and animal well-being, and our well-being emerges out of the laws of nature; it depends on the way the universe is…. all of these domains fall within the purview of science.

Well-being? Define “well-being” on the basis of science, Mr. Harris? What constitutes the good life? Is that in your book? Are there scientific journal articles or conference proceedings to back it up? Science can, in some limited cases, describe how best to achieve life x as opposed to life y. If you assume life x maximizes well-being and life y accomplishes something less, then you might fool yourself into thinking science can show how to maximize well-being.

My guess is that when I read the book, I’ll find that life x‘s superiority will be taken as an implicit assumption throughout. I’m quite certain there will be no peer-reviewed, field- or laboratory-based agreement as to the value of life x; nor will there be consensus in other relevant fields of inquiry such as philosophy. (Harris claims that science is his only authority, but he’s practicing philosophy when he says that.)

What I’m saying is that we know at this moment in human history that the answer to that question [regarding burkas] is no; and to doubt this scientifically is to pretend that we know nothing about human well-being. A science of the human mind will understand how communities flourish, and it’s a myth that we can’t get there through science.

Here’s what I suspect is going on behind all these assumptions—just a suspicion, mind you. Harris is a moral realist (the opposite of relativist, for which I give him much credit) whose god of knowledge is Science. He is a monotheist in that sense: there is no other knowledge for him but what the Science-god can deliver. Therefore if there is moral knowledge, it must be scientific moral knowledge. It outlines this way:

1. There are moral truths.

2. There are no truths but scientific truths.

Therefore practically (if not logically) speaking,

4. I’ll figure out a way to wring moral truths out of the findings of science, and

5. Because I’m committed to (1) through (3), I’m going to publish something on (4) even though everybody else knows it’s wrong, impossible and false.

Harris has to find something to support (4), even if there’s nothing there to find. It’s a desperation move to salvage his beliefs in moral reality and the knowledge-god Science.