What Christ Does for Us, Part 7: Showing How to Live

By outward appearances, Jesus Christ had a decidedly mixed beginning. He was born in a stable, but heralded by angels. His parents were obscure nobodies, but His birth aroused such fear in King Herod that the family had to escape to Egypt. Though Magi were bringing Him gifts including gold and fine spices, still when it came time for His circumcision, the offering His parents provided was but the one God had prescribed for the poorest people to bring. (The Magi, the ones traditionally thought of as Wise Men, arrived weeks to months later, and we have no indication the family became rich off them in any event.)

We know very little of Jesus’ youth, except that He was (Luke 2:41-52) obedient to Mary and Joseph (in spite of an apparent streak of independence), and He displayed astonishing wisdom for His age. Beyond that we know that He “grew in wisdom and in stature and in favor with God and man.” I have many questions I would like to ask someday about Jesus as a youth, and how others experienced life with Him.

Sometime around age 30 He was baptized by John in the Jordan River; and the Holy Spirit, symbolized by a dove, came upon Him in a new way. The Father inaugurated His ministry with the words, “This is My beloved Son, with whom I am well pleased.”

And the contrasts continue. Immediately after, “He was led by the Spirit into the desert to be tempted by the devil. And after fasting forty days and forty nights, He was hungry.” Newly inaugurated leaders expect a “honeymoon period.” Jesus was tested instead. I used to be skeptical of the forty days of fasting, doubting anyone could survive it; now I know many people, including friends of mine, who have fasted on just water and juices for that length of time. And afterward, yes, they were hungry.

It was at that point that Satan pounded Jesus with temptation. He tempted Him with shortcuts to sustenance, with power, and with the fame accorded to one who makes himself a public spectacle. Most of all he tempted Him with an easy (but false) road to glory. Jesus rebuked him with words of Scripture; Satan left for a more opportune time. Jesus would not bow to anyone but God the Father; He would not have Himself worshiped under false pretenses; he would not take shortcuts to the will of God or to honor.

Thus He began. How, now, to summarize HIs few years of ministry? He must have been a palpably warm, inviting, friendly, trust-producing person: men and women dropped all and followed Him with just a word of invitation. He lived compassion. Lepers of the day (and the word could denote a variety of skin conditions) were outcasts, never to be touched, but He touched and healed many; and of course His healing ministry was not just for lepers. He showed grace to a repentant woman of adultery. (There are cryptic notes in that passage that make me think He found a way to get the right message across to the man, too.) There was another admittedly loose woman who found grace and a changed life through Jesus.

In fact, Jesus did astonishing things, for His day, to elevate the status of women. You can hear the surprise in the disciples’ questions during that last linked passage–they didn’t expect Him to be talking with Her. 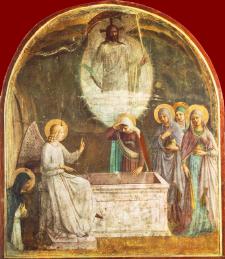 The honor given to the Virgin Mary preceded and foreshadowed what He Himself did. At the end, it was the women among His followers who had the awesome, historically unique privilege of first discovering and reporting that He had risen from the dead. The story of His life is framed by women. “Just so,” you might think, “that is, after all, nothing but what might be expected.” But not so in that day.

He demonstrated the peace that comes from knowing one’s God. This shines most clearly in the incident of a dark night, in stormy waters on a boat piloted by fisherman who in spite of their lifelong experience were terrified of death. Jesus, unperturbed, was asleep in the stern. When they woke Him He spoke a word to the weather, and all was calm.

Yes, He was a worker of miracles. And a man of great strength. “Gentle Jesus meek and mild” hardly begins to convey the way He stood up to the religious leaders of His day, men who had twisted God’s word into a means for personal prestige and pride. Read the Six woes Jesus pronounced on this group for their pride, and for leading many into error. He said among other things that they were no better than dead themselves: “You are like unmarked graves, and people walk over them without knowing.” They tried often to trap Him in error after that, but He just out-thought them. And he made it explicit that His teaching was for those who would receive it, not for those who had false purposes (here, for example).

Oh, this is just scratching the surface! Jesus showed us how to live: with compassion, under obedience to the Father, resisting temptation, eschewing shortcuts, welcoming the outcast, being friendly, experiencing the peace that comes through trust, displaying strength against injustice and untruth. At the end of it all, when He was brought to trial by the establishment He had so offended, they were unable to find any true charges to bring against Him. He bore this, too, knowing that He was fulfilling what He had come to do. He accepted the torture and death they gave Him, and on the cross said, “Father, forgive them, for they know not what they do.”

We still don’t know what we’re doing, in many ways; but to follow Jesus, this most astonishingly great man of history, is surely a right place to start.